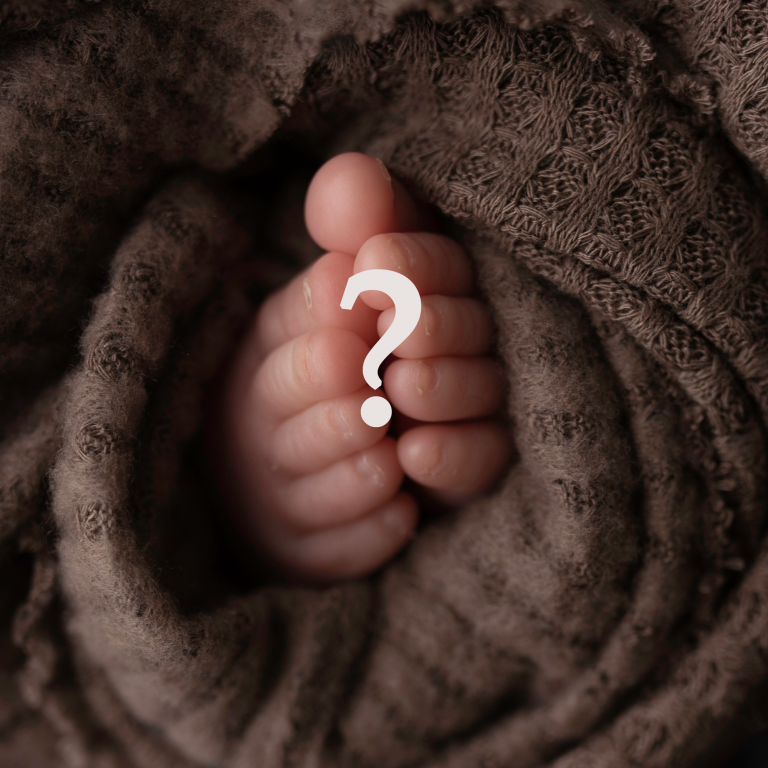 What’s in a name?  If you believe the experts, the answer is everything from behavior, to success in the job market and more!

Baby name expert Laura Wattenberg says choosing your newborn baby’s name is so important because of what people really hear when they hear someone’s name.  “We all read a lot of information into a name.  You hear a name, it’s not just the sound.  It’s age, religion, ethnicity and gender and a whole world of culture packed into those few letters.”

Wattenberg wrote the book “The Baby Name Wizard” which is now in its fourth edition.  She also started the website Namerology.com which is all about the art and science of baby naming.

Wattenberg says when couples argue over their newborn’s name, there’s usually a bigger issue lurking.  “Big name conflicts usually are deep down relationship conflicts.  If you find yourself in a big conflict over baby naming, it’s worth thinking about what’s really going on because it’s one of the first of a million decisions you’re going to have to make together as parents.”

Katy Queen is the mother of five children, so she’s been through the process five times.  Some choices were easy, others not so much.  “We disagreed a lot with some of the kids,” said Queen.  “Our first we didn’t know the sex. We easily came up with a boy’s name. Girls were harder, we actually never agreed, so it was good he was a boy. Our second we went until 32 weeks, not agreeing or liking anything then one night we were joking around and the name came to us. Our third was very similar. Our fourth, pretty early on my husband came home with the perfect name. I don’t love his name but it was the right name. Our most recent baby is named after a very important person in my family. When my husband learned about her and how much she meant to my dad, he said we had to use it! We had her name picked out for 3 years!”

Sometimes couples settle on a name that’s not either partner’s favorite, just to have peace and be done with the task.  “My husband and I have totally different tastes in names,” said Ashley Taylor.  “I like more unique names like Oakley, Arlo, and Sebastian. He likes traditional, like Tom or Thomas for example. So imagine our surprise when the same name made it on BOTH of our lists of baby boy names: Harrison. It wasn’t my number one favorite and it wasn’t his either but it was within the top five on both lists, so we now have a newborn baby Harrison!”

To add to the pressure of picking a name, researchers now say the right – or wrong – name can affect how well your child does in school, what subjects she’ll be interested in studying, and how successful he or she will be in the job market.

Consider the results of multiple studies on the impact of names:

What trends are coming up in names for 2020?  Wattenberg sees a couple of patterns developing.

“Today’s name sound is very smooth and liquid.  Lots of vowels, lots of smooth sounds.  No hard edges to anything.  We are pushing that style to its limit.  We have drummed the hard sounds out of our names to an extent,” says Wattenberg.

And what about the trendiness of unisex names?  Wattenberg says that’s a bit of an illusion.  “What’s happening is there is such a movement towards creativity, parents want names that sound fresh and interesting, so they’re creating new names, inventing something new or turning a word or surname into a first name.  Those new names don’t have any traditional gender association.  What’s really happening is that we’re no longer naming kids John and Mary so inevitably a lot of names are used for both boys and girls.  I don’t see evidence that parents are more eager for unisex names than they were in the past.”

What were the top names of 2019?  For the girls, here are the names that topped BabyCenter.com’s baby name report. 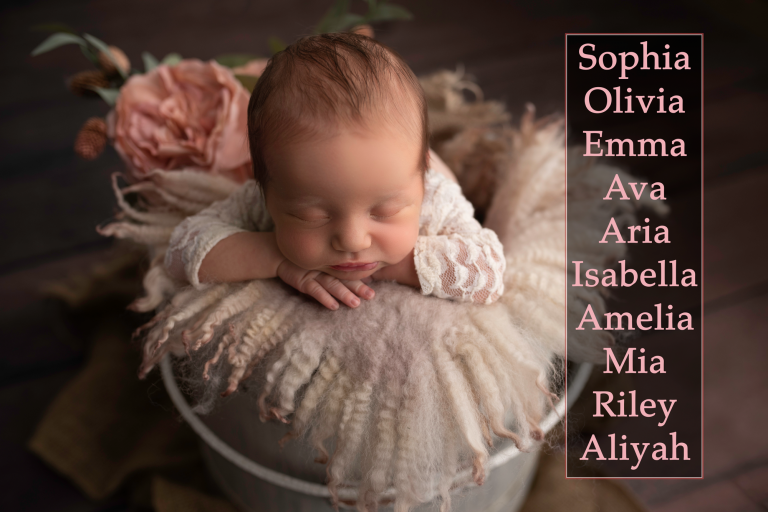 And for the boys… 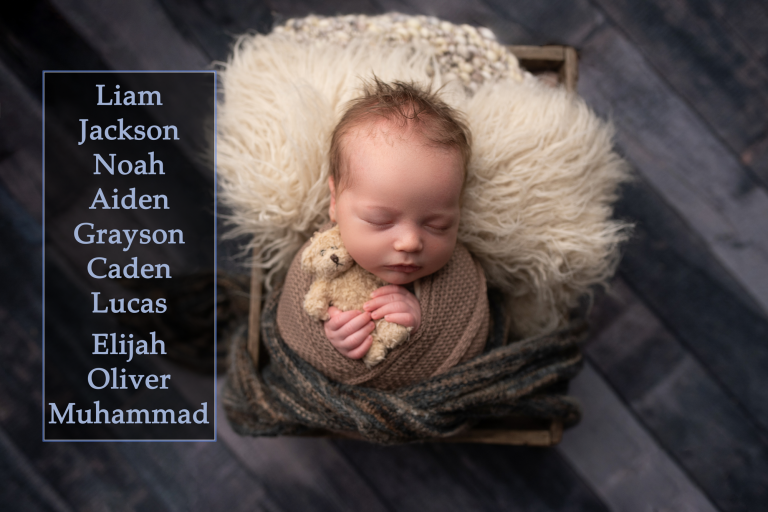 Looking for a newborn photographer in Southern, NH?  I would love to chat with you about a session.  Find out more info about my newborn sessions here.