“I’d like to say that after thirteen years, my husband and I have been through our share of tough times, until we suffered our first loss. Miscarriage wasn’t even on my mind when we started trying for our second child, about a year after our Quinn was born. So when I got a positive test I immediately started envisioning in my head what it would be like to have another child running around. A sibling for Quinn to grow up with. Another life for us to love and protect.
Our first ultrasound was scheduled around my ninth week. Having had so many ultrasounds during my first pregnancy, I didn’t expect much; just a heartbeat. I was too naïve to think that something bad would happen; after all, my pregnancy with our daughter was pretty uneventful. You just never think it will ever happen to you. So when there was this unfamiliar tension in the air and not a peep from the ultrasound tech as she printed the scans and took them with her out of the room, we started to feel like something was up. It felt like holding our breath underwater as we waited and hoped for the doctor to come in and reassure us that everything was fine.
A possible Blighted Ovum is what she called it, when you have an empty gestational sac but you still have all of the symptoms of pregnancy as if you are actually pregnant. We were given a 50% chance that it would end in a loss, but there could be the 50% chance that my weeks were off and a heartbeat just hadn’t developed yet, so we scheduled a follow-up ultrasound for a week later. It kind of felt like a cruel joke being given such a false sense of hope. Three days later, ironically after attending a christening for a dear friends’ baby, I started spotting. I wasn’t prepared for what a miscarriage was like and just assumed it went as far as that. I wasn’t prepared for the strength I would need to get me through something more awful than I thought. Then, on my first day back at work, four days before my thirtieth birthday, I spent most of my shift hemorrhaging in the bathroom. I don’t remember much of the drive home, and I eventually blacked out that night. The whole thing left me physically exhausted and it took months for me to feel normal again, but I remained optimistic and used humor as an emotional outlet to deal with it. I suppose it was easier to deal with because we were given a “heads up” so I was a little more mentally prepared, but I was still sad and my body felt like it had been through the wringer.
Its interesting, how different you feel when you experience the same thing more than once. I unexpectedly miscarried again less than ten months after. It wasn’t nearly as physically taxing on my body as my first, but emotionally, it shook me to my core. My husband and I kept asking ourselves how its possible to have a healthy baby and then go on to have back to back losses. There was no explanation—it just happens and we learned at that point that miscarriages are much more common than we’d like to think. We were never given a solid explanation as to why we lost this one, which made it harder for me to wrap my head around. We had already told a couple of our closest friends before the loss, just in case something happened, so we’d have a friend or two to lean on for support. There’s nothing worse than losing something you’ve wanted so badly to then feel like you have to explain to everyone what happened. I leaned so heavily on my husband and those few friends I told and I can honestly say they were a major reason why I was able to heal faster.
Two months later I was feeling a little off so I took a test and clear as day it was positive. I hate to admit that my husband and I just expected the worst case scenario, but its hard not to when you feel like you’ve been failed so recently before. I called my doctor and demanded an early ultrasound at six and a half weeks. I needed to know as soon as possible whether it would be viable or not. The heartbeat was as strong as ever and everything checked out perfectly. From that point forward I spent the rest of my pregnancy paranoid that something would happen, but I celebrated with relief and gratitude every major milestone I reached. It was, all things considered, the healthiest pregnancy I could have hoped for. Today, Elise is 11 weeks young and full of so much life. The little twinkle in her eyes helps us forget the pain we lived with before. Its true what they say, “the greater your storm, the brighter your rainbow”—we went through so much, but when the time was right we were rewarded with an incredible gift. We’re grateful every day for our rainbow baby and the bond that is forming so quickly between her and her big sister.
Kim is unbelievably thoughtful and generous for arranging such a special and humbling project. Pregnancy and infant loss just isn’t spoken about enough, and I hope that these stories and images bring comfort to those going through the same struggles and to know that there is a rainbow at the end of every storm.” 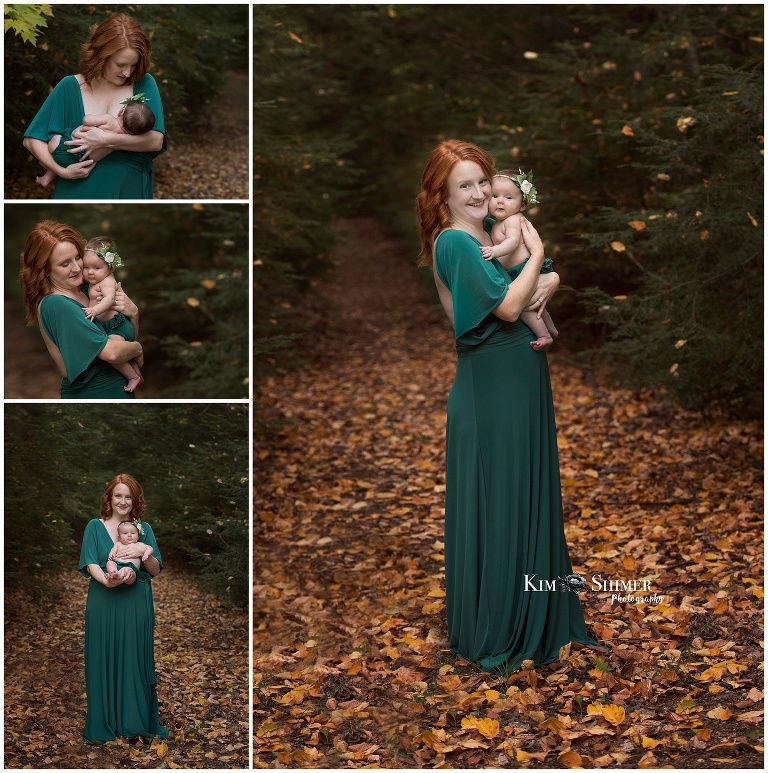