“My husband and I met in August 2013. We knew we wanted to have a family with at least 2 kids. August 2014 we got married and started trying to get pregnant in September. We were pregnant immediately. We were so happy and I was shocked it happened so quickly. We waited until after 12 weeks to announce our happy news publically. In June 2015, after a very healthy, normal pregnancy, we had our son, Tuna, and fell in love with him.

We waited a few months and started trying for a second baby. We were thrilled when we got pregnant in February 2016. After an easy first pregnancy, I was not expecting any issues this time around. We named this little one Turkey, since our due date was November 20th. We dreamed about how our kids would grow up together. I bought maternity shorts, since I started showing right away. We were going to tell everyone about Turkey on Mother’s Day; I would be 12 weeks pregnant that day.

My husband was out of town for a few days for work just before Mother’s Day. I started spotting. I called the doctor’s office after hours and the doctor on call called me back. She said I was probably miscarrying, there was nothing anyone could do and to call the office in the morning to make an appointment for an ultrasound to make sure. I was alone, with Tuna, and devastated. I knew that losses happened but was caught completely off guard when the words were being spoken to me. I reached out to my Mama Village, and asked for good vibes and prayers. They were so supportive and loving. Many shared their stories with me, which was so comforting.

I went to the doctor’s office the next morning and they confirmed Turkey had stopped developing and we were miscarrying. I knew as soon as I saw the monitor. The doctor came in to check. The nurses were so nice taking care of Tuna while I tried to digest my worst fear. They offered to call my husband, to come home with me for the day, their phone numbers for me to call them if I needed anything. It was overwhelming. I eventually found the words and my voice and called my husband to share the terrible news with him. He cancelled all of his meetings for the rest of the week and came home immediately. I bled for the next 12 days. It was torture.

During this time, I was working on a huge $1.8 million volunteer project that had to be completed in the next 2 weeks. I did not have time to mourn. So I focused on the project, my husband and our son. I reached out to my cousin, who has suffered 2 losses, for strength and wisdom. I learned that most of the women I know have gone through losses too. I was amazed at how common it is. Everyone’s willingness to talk about their babies was very helpful for me to process our loss. Many of these moms went on to have healthy, rainbow babies. I had some hope. My aunt sent us a tree to plant in our yard to commemorate Turkey.

In June, we planted the tree and publicly announced the life and loss of Turkey. The outpouring of love, messages, stories, tears and hugs was amazing. It was healing for me, for our family, and many of those who shared with us. I still receive private messages from moms who have experienced a loss and have found a little bit of hope knowing my story and how common loss is. During that time I wrote “But we will all go on. Trying to conceive another healthy, happy baby; sad reminders of Turkey along the way. Looking at Tuna and knowing and understanding even more how blessed we are. It happens. More than is openly talked about.”

That same month, we celebrated Tuna’s 2nd birthday and got pregnant for the 3rd time. I was flat out scared. I knew the signs and tried my hardest to ignore all of them. I did not want to acknowledge this pregnancy until after at least 12 weeks. I finally had a conversation with one of the strongest, most supportive mamas I know, and she said that this baby deserves to be loved and acknowledged every day. Even if we never get to hold this baby in our arms, we get to love on them every day and celebrate their existence as it is. We scheduled an ultrasound, confirmed we were pregnant and due with a healthy baby on March 10, 2017. We were 14 weeks along and named this little one Shamrock. I was nervous until we held our perfect little girl on Saint Patrick’s day. She is the best rainbow Shamrock and we all fell in love immediately. Our family is now complete. Tuna, Turkey and Shamrock.

My friends saw Kim Shimer’s request on Facebook for rainbow moms to do a photo shoot and tagged me in it, thinking I should participate. This was completely out of my comfort zone. But I thought it was a wonderful project and that I needed to do it for my cousin, my Mamas Village, and for all of those who shared their experiences, strength, hugs and love with me. Especially for all of the mamas who hold their babies only in their hearts.

Thank you to all of the moms involved in this project. They helped with makeup, hair, taking care of each other’s little ones, all while sharing their stories. It was an incredible day.

Thank you Kim Shimer for bringing us all together, sharing our stories, capturing these beautiful mamas and giving strength and hope to all of us.” 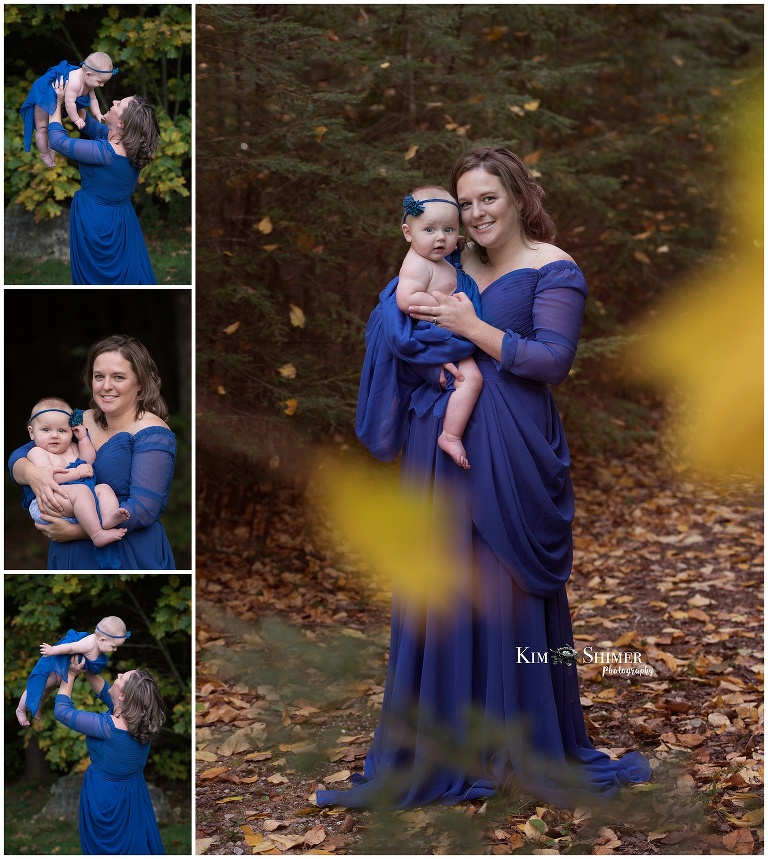