“Soon after meeting my husband Ryan we talked about having children. It was something we were both excited for in the future. It took us three and a half years to get pregnant. We endured a total of five IVF cycles, hundreds of shots, dozens of blood draws and ultrasounds, 75 or so acupuncture treatments, hundreds of supplements, 2 IUI cycles, one miscarriage, two chemical pregnancies and a lot of tears. I mean a LOT of tears.

When my best friend told me of her surprise pregnancy I thought to myself “ok what are we waiting for?!” My best friend Mandi is in a relationship with Ryan’s best friend Paul. I told my husband I think we’re ready to start a family. We thought about how great it would be to have kids the same age with our best friends. We daydreamed about group camping trips, beach days with the kids and first birthdays. I thought being pregnant with my best friend would be just great. Until it didn’t happen. Month after month I would wait….. and nothing. After a little over a year we decided to see a specialist. During one of the routine ultrasounds (to make sure everything looked ok internally) the technician saw a gestational sac. I was over the moon when I called my husband. It finally happened! No more waiting. We were going to be parents. We found out I was pregnant at the end of November and our plan was to tell family on Christmas. We were so excited to share the news of our expanding family. Unfortunately we ended up losing that pregnancy at 7 weeks on the day before Christmas Eve. Instead of sharing our happy news we went through the holidays in a fog.

Although the miscarriage was physically and mentally painful to go through we still felt hopeful. After all I had gotten pregnant on my own; that was a good sign, right? We were sure it would happen again soon. I know so many women who went on to have successful pregnancies soon after a miscarriage.

Four months after my miscarriage we did our first IUI treatment. That treatment didn’t work and I would go on to switch reproductive endocrinologists after the second failed attempt. My wonderful acupuncturist (Amanda from Nashua Acupuncture Center) gave me the recommendation of Dr Kristen Wright in Bedford, NH. She is amazing at what she does and was with me for every step of the way. After the second failed IVF treatment the phlebotomist Brenda looked at me in such a warm way and said, “Dr Wright will figure this out for you.” We went on to complete a total of five IVF cycles before getting pregnant with Maisie. When I would lose hope I would think back to what Brenda said to me.

During my last treatment my husband and I decided that we would complete that IVF cycle and if I still wasn’t pregnant we would do one more cycle but with donor eggs. I really wanted my own biological child but being a mother was more important to me. I listened to “The Secret'” and focused all of my energy on the law of attraction. I would say to myself over and over again, “I’m so happy and grateful now that I’m a mother.” I must have repeated that phrase to myself a thousand times. I used every fiber of my being to bring a successful pregnancy to myself.

My husband and I were very quiet about the last cycle. I don’t think we told anyone. The cycle seemed pretty text book as most of my IVF cycles had. We transferred two embryos and one stuck! I got home from work late after managing a wedding and I took a pregnancy test. Although I’ve seen those two beautiful blue lines many times before I just knew this time would be different. I woke my husband up and we both cried. Neither of us got much sleep that night. We waited until I was about 18 weeks to announce to our families. We had little eggs with a message inside made up for each side of our families. Inside the egg there was a little piece of paper that said, “Santa said your gift will be a little late this year, expect a small bundle of joy to arrive in June 2017.”

My pregnancy was great for the most part. I had one scare at 8 weeks with a subchorionic hemorrhage. We spent the night in the ER but were reassured that baby was just fine after an ultrasound. My water broke one week before my due date and I delivered Maisie via c-section after almost 48 hours of labor. She is such a happy, social baby, the joy of our lives and has been worth the long wait.” 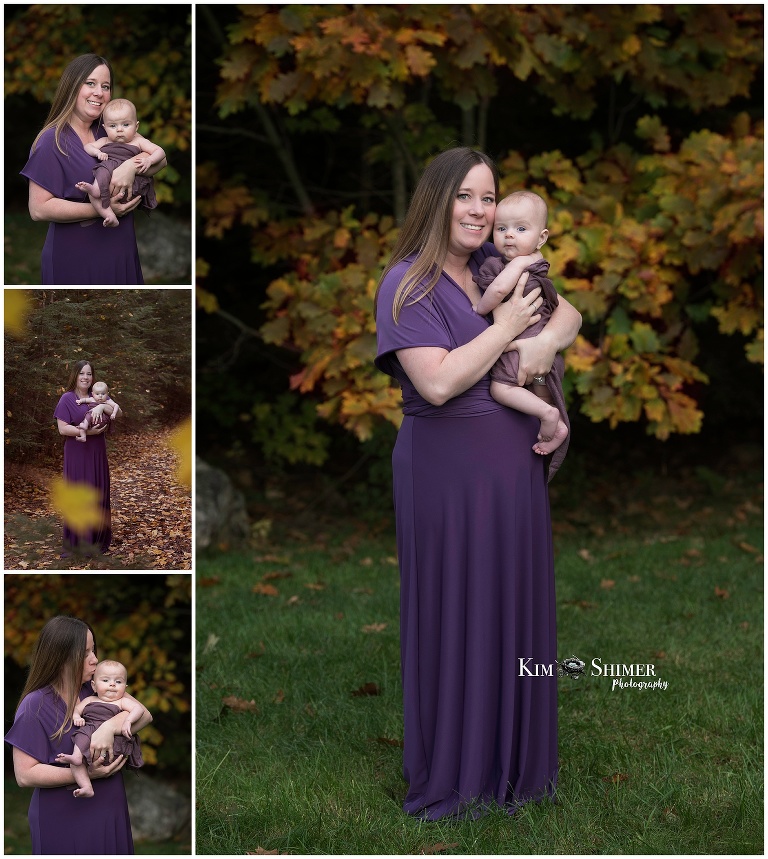